Some months back, a woman from New York City contacted me with the news that she was about to sell a tapestry by the renown Uruguayan artist, Ernesto Aroztegui, and she wanted me to pass along the offer to people in South America before she would sell it on eBay (photo not shown here). 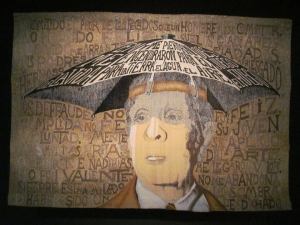 The incident was regrettable since the woman’s photographs showed that the valuable tapestry was used as a floor mat or rug and was photographed over the driveway’s concrete floor. That fact made some of Aroztegui’s fans cringe from disgust, along with the obvious sadness not to be able to acquire it and donate it to a museum.

It is unfortunate that some people may view art as a purely utilitarian object, but I hope that whoever owns the tapestry in question will understand its value not only in terms of dollars and cents, but as part of the legacy of a talented and prolific weaver and teacher, recognized worldwide.

Many of Aroztegui’s students still revere and remember him. 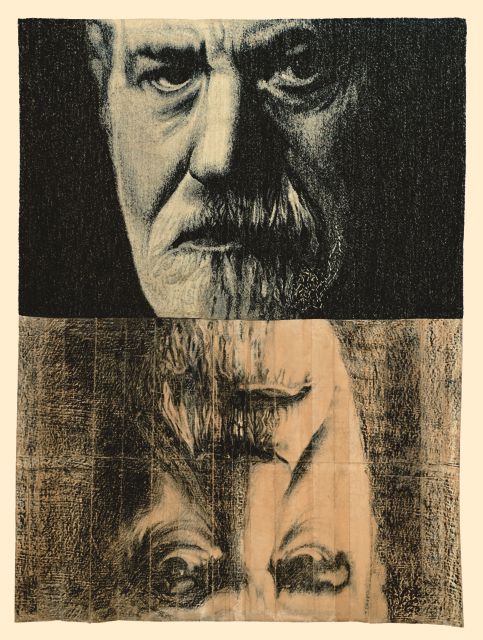 Born in the city of Melo, Uruguay in 1930, in his twenties he developed a profound relationship with theatre and important theatrical personages, but his passion for contemporary tapestry occurred almost simultaneously. It didn’t take long for him to dedicate himself—almost exclusively— to weaving and teaching this technique in various cities in Uruguay, Argentina, and Brazil, winning prizes and distinctions along the way. He represented Uruguay in the 62nd Venice Biennale in 1986. 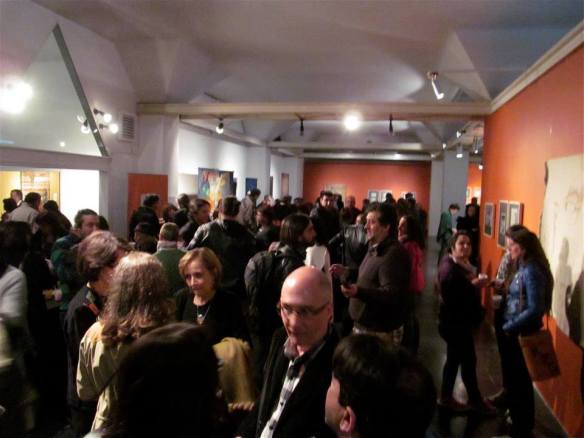 Thanks to the eBay tapestry incident, I stumbled upon a secret group on Facebook, where I’ve been following the detailed preparations for a retrospective exhibit and printing of a book—a project led by curator Jorge Francisco Soto, with contributions made by friends and students. 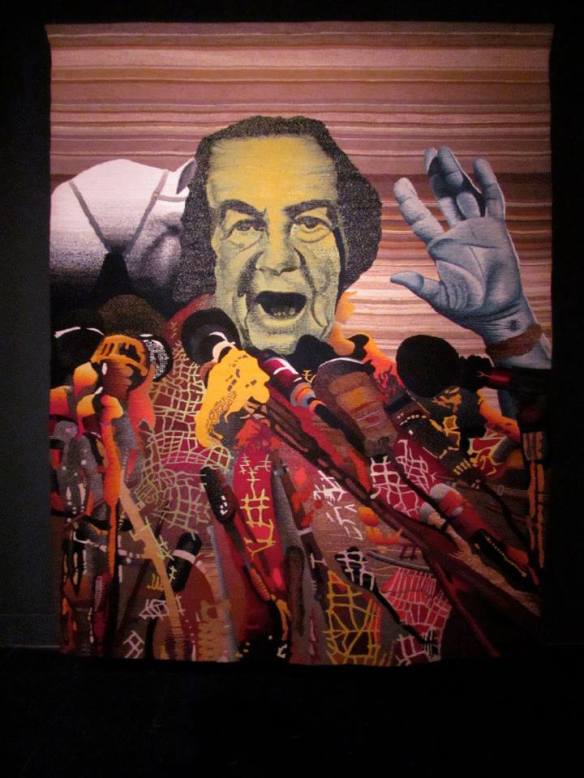 And wonderful students he did have! From 1987 to 1993, Aroztegui founded a plastic arts workshop at the National School of Fine Arts (ENBA) in Montevideo, where he formed great tapestry artists.

Soto launched his two-year project with an incredible retrospective exhibition—held recently in Montevideo—followed by the forthcoming presentation of the book, and a video.This project was awarded the 2013 prize by the Cultural Incentive Fund (Fondos de Incentivo Cultural), a governmental institution that promotes sponsorships by giving sponsors fiscal benefits. 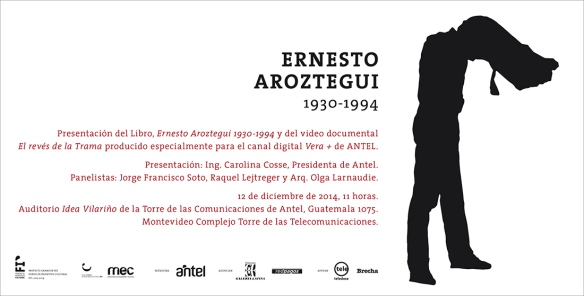 December 12th at 9:00 am was the moment we have waited for, when the book Ernesto Aroztegui 1930-1994 was presented to enthusiasts and collectors. This 416 page edition comprises his works, teaching method, and theatrical activity. Texts, photographs, documents, critiques, and interviews retell his trajectory and the creation of a textile movement in Uruguay and surrounding areas during the 1960’s, in addition to the following development to date.

The video, “The back side of weft” (El revés de la trama) was also presented. It’s a 33 minute documentary directed by Fabián Marros and Mónica Talamás, and produced by Dina Yael for ANTEL’s digital channel Vera+ about the life and work of the artist. http://tv.vera.com.uy/video/9931

The book is available to the international audience for US$100+ shipping.